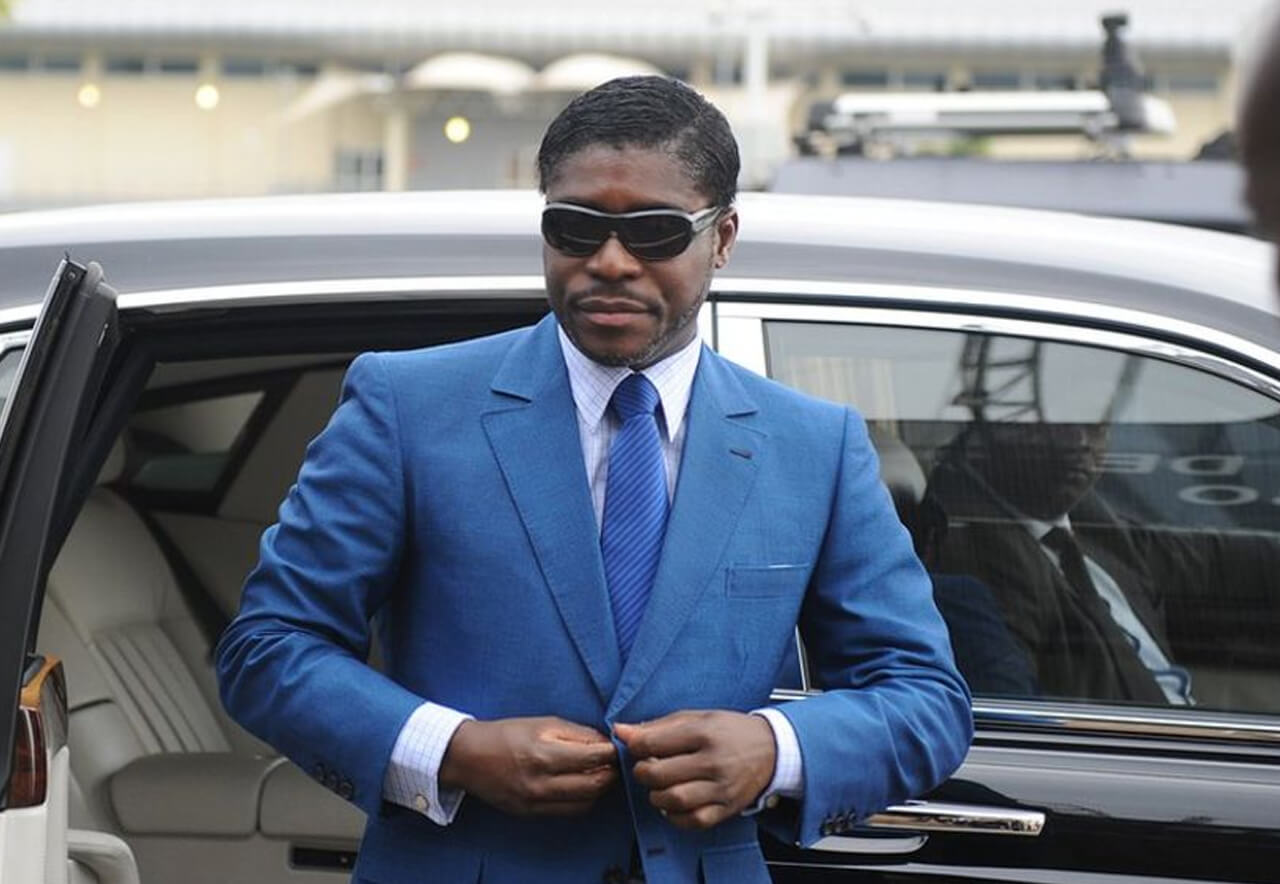 EG Justice welcomes the Court’s ruling as a historic victory for all the victims in Equatorial Guinea, Africa, and around the world, who are deprived of education, healthcare, housing, and other basic social and economic rights by their rulers, who instead loot the state’s wealth to maintain a lavish life style.

“For the first time ever, Equatoguineans and other victims of kleptocracy can celebrate the fact that an unscrupulous and compulsive thief—posing as government official—has been brought to justice.” said Tutu Alicante, Executive Director of EG Justice. “This verdict sends an unequivocal message to kleptocrats around the world, that NGOs and victims will not rest until impunity for economic crimes ends and perpetrators are prosecuted.”

The Paris court found that Teodorin used his position as Minister of Agriculture and Forestry to channel millions of Euros from illegal fees charged to timber companies operating in Equatorial Guinea, to his personal bank accounts. Teodorin created a company, Somagui Forestal ,with the sole purpose of diverting public funds to bank accounts in France and other countries. With the stolen assets, Teodorin acquired a collection of 18 luxury cars, artwork, jewelry and properties in France, including a mansion in Avenue Foch valued at approximately 100 million Euros.

EG Justice has documented Obiang’s family legal battles around the world, including a case brought against Teodorin’s assets in the US.  The US Department of Justice found that Teodorin illegally acquired more than $1.8 million worth of Michael Jackson memorabilia, a $38.5 million Gulfstream G-V jet, a $30 million mansion in Malibu, California, and close to a dozen luxury cars. Ultimately, the US DOJ and Teodoring agreed to settle the case for approximately $33 million.

A year ago, Swiss law enforcement authorities confirmed that 11 luxury cars belonging to Teodorin were confiscated in Geneva. Then, in December, Dutch authorities seized a 76-meter luxurious yacht owned by Teodorin. The yacht was sold in 2014 at an asking price of $120 million.

While Teodorin and the country’s elite spend the country’s riches in mansions and luxury goods around the globe, access to basic health care and education remains dire. Public hospitals are unable to guarantee basic services; while public school still lack adequate facilities, electricity, sanitation or potable water, as recently documented by a Human Rights Watch report.

“The legacy of this landmark decision will be reified when France can legislate a mechanism to ensure that recovered assets are effectively and safely used to benefit victims of kleptocray. Thus, EG Justice looks forward to working with French civil society and law makers to put in place a legal framework that will ensure that seized assets can be invested and repatriate for the benefit of Equatoguineans.

Your donation will give a voice to victims, bringing perpetrators to justice, and enable the youth fight for their rights and freedom.